Sonatype Announces 300% Growth in Use of Nexus Repository Manager

Fulton, MD – January 18, 2017 – Sonatype, the leader in software supply chain automation, today announced 300 percent growth in the use of Nexus Repository over the past three years.  During this period, the number of active instances of Nexus Repository grew from 30,000 to 120,000 spurred by the introduction of Nexus Repository v3, universal support for component formats, and growing concern among enterprises about security vulnerabilities in open source components and containers. 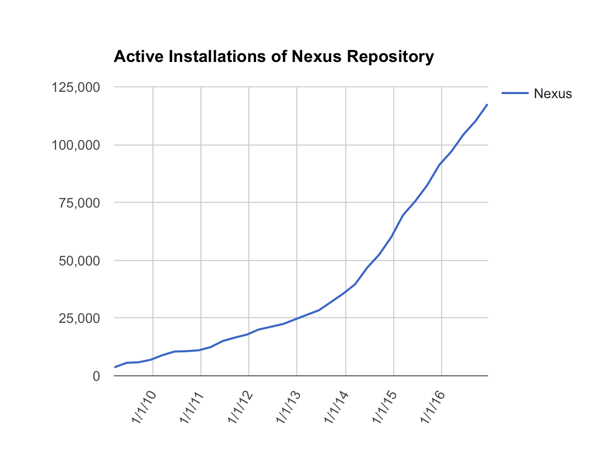 The popularity of open source software development continues to grow because it minimizes the need to code from scratch.  However, as indicated in the most recent State of the Software Supply Chain Report, 1 in 15  components used in production applications has at least one known security vulnerability.  In order to eliminate security risk, improve quality, and accelerate innovation, DevOps-native organizations are beginning to automatically manage the quality of components being used to assemble software applications.

Gartner analysts Neil MacDonald and Ian Head wrote in Gartner’s September 2016 report, DevSecOps: How to Seamlessly Integrate Security into DevOpsthat, “By 2019, more than 70% of enterprise DevOps initiatives will have incorporated automated security vulnerability and configuration scanning for open source components and commercial packages, up from less than 10% in 2016.”

Gartner analysts, Neil MacDonald and Ian Head echoed this sentiment in their DevSecOps report, writing, “The issue is that often developers (knowingly or unknowingly) download known vulnerable open source components and frameworks for use in their applications.”  A best practice recommended in the report is to “implement an ‘OSS firewall’ to proactively prevent developers from downloading known vulnerable code from Maven, GitHub, and other OSS code repositories by policy.”